Did ya finished story "Heart of Glaze"?
before the story end, you must battle against Childe right? (‘д‘ ), and maybe some of ya lose the fight because Childe's final form as "Tartaglia" that can dealt massive ammount of hydro and electro damage in a single combo

Well this nerf is only for on the Story side and not when doing domain against Childe (-_-;)
But i'm hoping that when doing domain, the damage Childe dealt to the challenger is reduced like on story side (But it might won't happen because it can party with other player (￣▽￣;))

But in the end, this is a very happy news for those who can't beat Childe at the Story Version (*^O^*) , for those who already finished it, be proud because you beat the unbeatable (*^.^*)

IF ya wanna co-op ing? comment your UID, nickname on game, and must be on Asia Server so i can add your ID
Also don't forget to discord me (SteKar# 5974), so i can confirm your ID and helping ya guys on co-op ♪ヽ(*´∀｀)ﾉ

Shallow LISTEN FOR ONCE GOD😭 So i know this has already been posted by me BUT. I've been hearing that if u keep trading you'll. GET. BANNED. Not just temporary banned, PERMANENT BAN. Also... don't trade on qooapp lmao- i got scammed because of this and i stopped lol- but I'm serious. YOU'LL GET BANNED IF YOU KEEP TRADING

this isn't just to get people to stop trading on qooapp, but to also stop people from getting banned🥲 i doubt anybody will even listen

but at least we can say i tried🥲 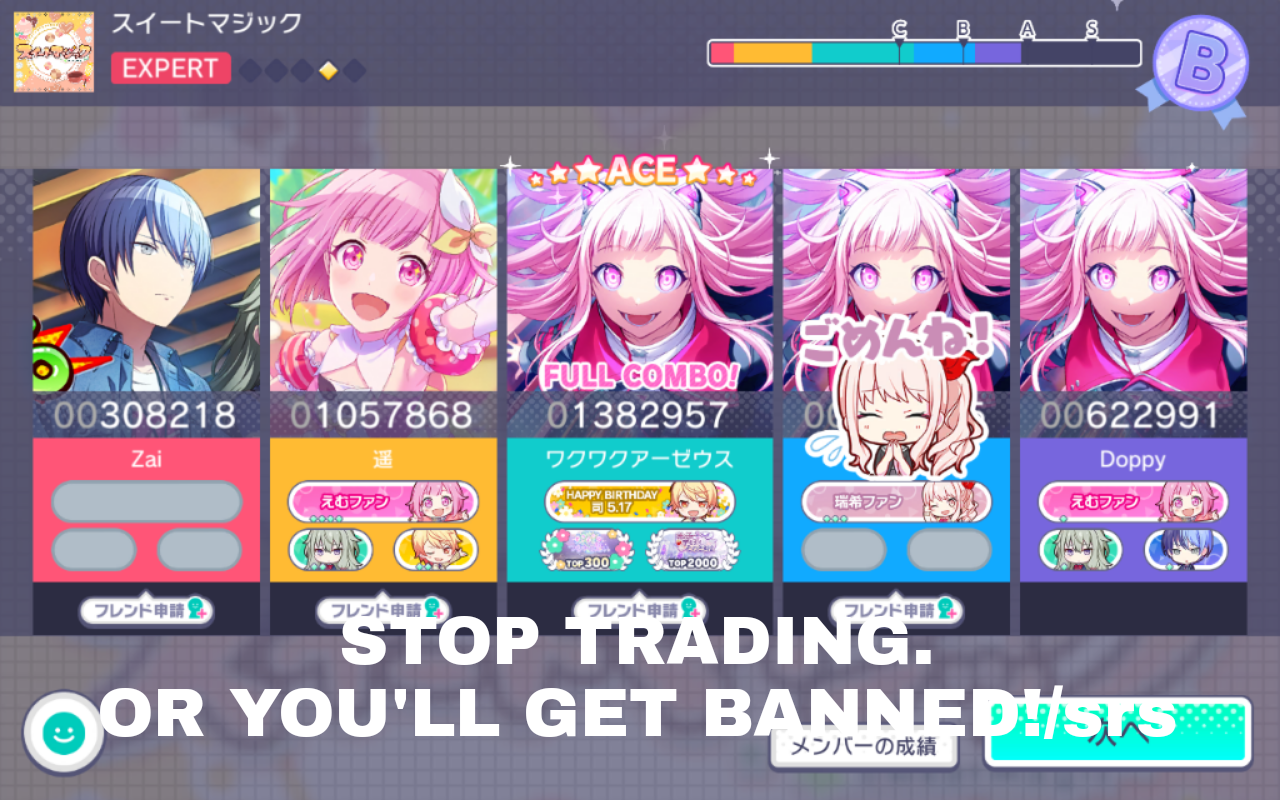 Forget about the small details, I Passed

and for winners congrats!!
ssrMika You Get Banned If.... welp, if you're thick headed person who like to breach any rules, (I too loves to break the law of physics) then it won't change anything. but if you're willing to, this will gave you some (not) new information. (because it's been there, but we never read them) but first, kneel before your queen...