As the co founder and animation director of the world renowned Studio Ghibli, I am sure you don’t need much introduction of this anime giant. Hayao Miyazaki's works and reputation spread way beyond Japan, and is beloved by fans globally!

Funny fact, the old but vigorous animation director actually declared retirementS in the past. Why the S? Because he declared not once, but SEVEN times!!

Some people also explained from a well-intentioned perspective: "This represents every time Hayao Miyazaki treats all the works as the last animation in his life!"

If you are new and interested in Hayao Miyazaki's works, I will say you go for them all. Each of his feature-length animation has different features and themes, but consist of having new creativity and energy. But I will recommend three that are great for a new audience, immerse yourself in the fantasy world Hayao Miyazaki presents!

The one that starts it all. As the first work of Hayao Miyazaki after he founded Studio Ghibli, which allowed him to emerge his style of art fully in this work, renewing the concept of flying, and depacted how brave youngsters with dreams can be.

Once the highest grossing film in Japan's box office history before Titanic. The story of Princess Mononoke follows a young Emishi prince named Ashitaka, and his involvement in a struggle between the gods of a forest and the humans who consume its resources. This work shows Hayao Miyazaki understanding on social topic such as environmental protection and feminism, prove that animation are far more than art for children.

Also once a record holder of highest box office in Japan before the demon slaying anime. Spirited Away tells the story of Chihiro Ogino, a ten-year-old girl who accidently enters the world of Kami. After her parents are turned into pigs by the witch Yubaba, Chihiro takes a job working in Yubaba's bathhouse to find a way to free herself and her parents and return to the human world.

This work is unquestionably a representation of Hayao Miyazaki, from the story depth, criticism to the reality, or purely the image are astonishing, allow Spirited Away’s box office stay undefeated in almost 20 years.

Even Though Hayao Miyazaki is 81 years old today, he still seems full of creativity, and helped produce Earwig and the Witch last year with his son. Let's wish him good healthy and keeps up the good work!!

emunene reroll (leaks!) I'll be reroliling for these cards when the event comes, so, if you already wanna a acc with one of these, put your dc here and the card you will want to Poison UPDATE : ONLY JP ACCS AVAIL To be fair, i will write your names in a wheel and whoever wins will get to pick one 4 star acc so first to pick the acc will get it! pls comment ur discord !

also u can unfriend me if were done :) || PS: pls wait for me to reply bcs im on Philippines time! 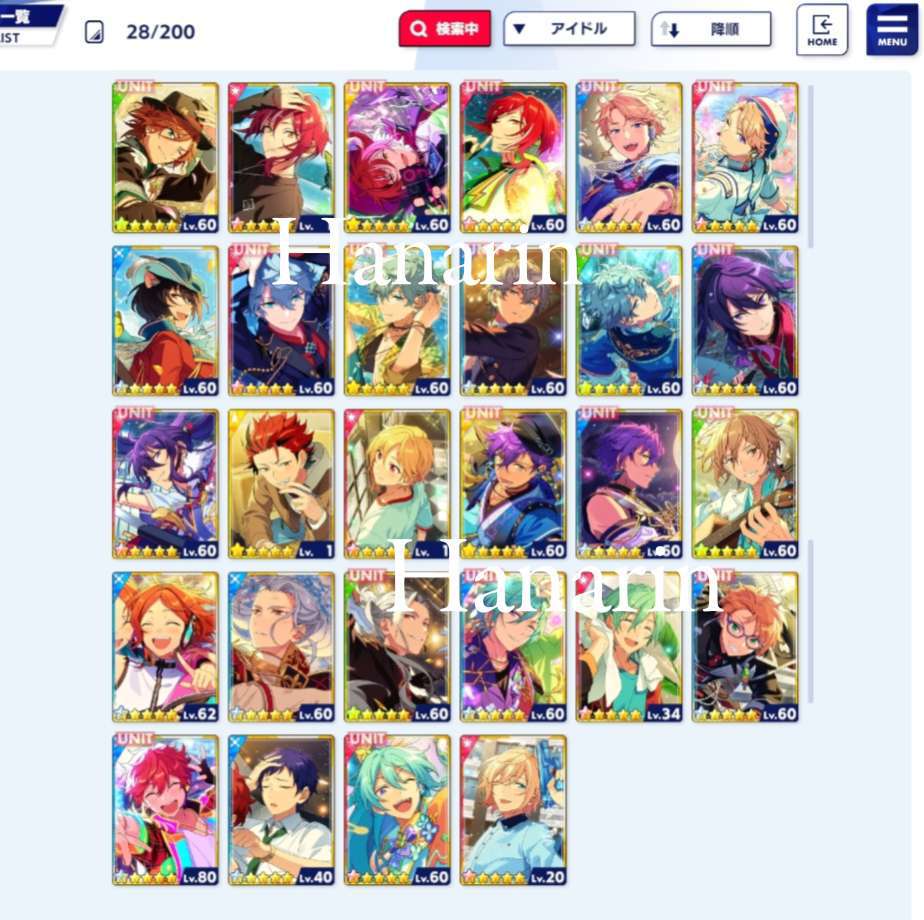 KMRamos Mayoi is My Labs! Why? Here #GameRantsandStuff #EverythingStars Most are either disgusted or are weirded out by Mayoi however, he was, is, and will always be my favorite in Alkaloid(though in the looks department, Hiiro and Aira come close and I think Mayoi won't mind hehehe). Anyways, I mentioned before that Mayoi is someone I liked the moment I read the story and have him mention Phantom of the Opera, I was hooked. There's also the fact that he's actually [info removed due to spoilers]! Imagine that! Will wonder never cease and I am pleasantly surprised then took it as a sign that we're meant to be. Additionally, back to the part where Mayoi garners disgust and weird look from others. And it's because of his weird 'habits'. Look, we have moments where we fawn and coo at cute baby animals. Some even have the urge to bite off the fluffy and furry head of a chick or squish a cute little puppy from too much cuteness.

Anyways, to me, Mayoi is just like...well, me. I adore cute baby bois and I wanna pet them, hug them, take care of them and watch just watch them grow and flourish, y'know? Mayoi is mostly misunderstood since he's someone like Idia minus Ortho. Actually, it's worse because Ortho makes Idia a little more agreeable to other people and...Mayoi has no one

Poor baby However, I'm very proud that he finally said something about what he does and why he does it in an impressive manner that I clapped my hands irl after reading it.